WWE Hell in a Cell 2019 Predictions & Smackdown on FOX Debut 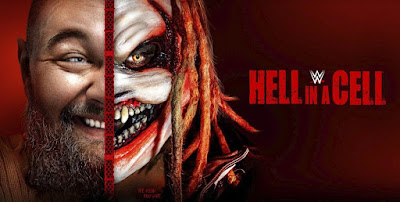 Alright, so the first week of this new era of wrestling is in the books, and it had a lot of ups and a lot of downs, and I'll be getting into my thoughts on that especially the end of the first Smackdown on FOX, and that will probably be the bulk, considering Hell in a Cell only has 4 announced matches, so let's discuss those 4 announced matches. 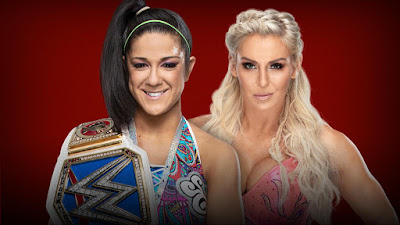 So this is a rematch from Clash of Champions, that continues this story that has enthralled all of the Four Horsewomen together, and this has been one of the highlights of both shows.   This feud in particular has been very interesting, the dynamic of Bayley being a heel who still acts face, still acts like a role model to the children, hasn't really changed much about her personality at all, except she seems more aggressive in the ring, and she stands by her friend Sasha Banks no matter what, I love it.  Charlotte has kind of been the same but the other way around, still acting cocky, still acting like she's the best, but doing it in a less heelish way.  It's been a very interesting dynamic and how Charlotte and Becky have respect for each other based on their history and it all just works.  This match is very hard to call with the draft looming, I think it's very possible that whoever wins either title, Bayley and Sasha will be on the same show, so I'm gonna pick Charlotte here and I'll get into why when I discuss the other Women's match. 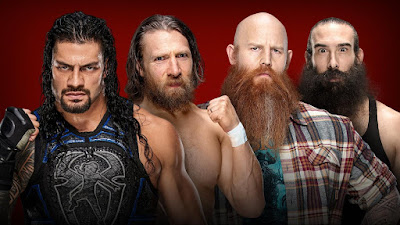 So I still don't understand what's going on here, except that Rowan and Harper are back together, and Rowan turned on Bryan in the process of trying to kill Roman.  None of this makes sense still, I don't know where this is going, where it should go is Bryan revealing during this match, that this entire thing was his plan all along, and we get a proper Roman vs Bryan feud isntead of whatever this has been.  That's all the only thing I can think of as to why Roman would be Rowan clean on Smackdown in a Lumberjack match.  I'm happy Harper is finally back but don't know his role in this either, they are really keeping details far away from this and expecting us to just wait and see what happens but either way, I want this to end and there finally be a reason for all of it, so I'm hoping Bryan turns on Roman, explains all of this BS, and we move on to something else. 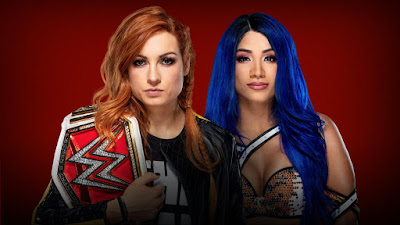 The last time Sasha was in a Hell in a Cell match, it was very underwhelming mainly because her and Charlotte tried to make it a match that men would do, I understand why but they have to do what works for them.  These two (Becky and Sasha) are two of the best wrestlers in the world right now, so they have to make this match in their way.  The feud has been amazing, the build up has been great.  I don't understand why they had Sasha go over the Tag champs in separate singles matches further burying those titles, but here we are.  Regardless I hope Becky and Sasha can have a great match here, and make it memorable.  With that said, I mentioned earlier that I don't see Bayley and Sasha being separated in the draft, so Sasha will win here, obviously I could be wrong about them being on the same show.  If they both win then that will be the case, and I kind of want Charlotte and Becky on separate shows, but part of me sees Becky going to Smackdown.  It's very up in the air to me but either way I'm picking Sasha. 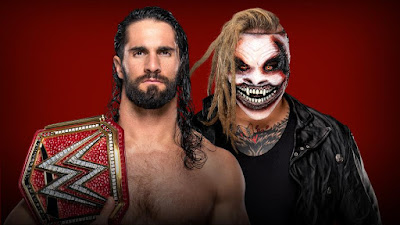 So I'm super excited to see this match, because I want to see what The Fiend is capable of inside the cell.  It is way too early to beat The Fiend right now, so he has to win.  I could just leave it there but, lets talk about how horrible this story has made Seth look.  A face champion, is not supposed to be afraid of who he's facing, no matter what.  A face champion shouldn't be afraid of anything, he can't say he will persevere no matter what, and then cower when a guy in a mask shows up, he's beaten a beast and a monster right?  Shouldn't that mean something? Either way, I think it's time for Seth to go to Smackdown, after this loss and turn heel again.  Whatever he's doing as a face, isn't working anymore. 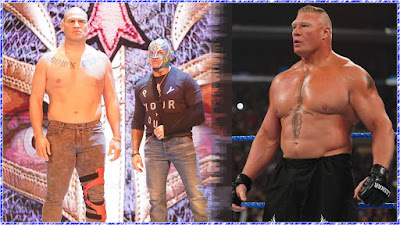 So that's every match announced for Hell in a Cell, obviously there will be more, but instead of speculating, let's discuss the debut episode of Smackdown on FOX.  I'm not gonna run down the whole show, cause this isn't a full show review or anything.  This is 100 percent about the ending and the photo preceding this rant.  Kofi Kingston, became WWE champion, at Wrestlemania, when he wasn't supposed to be champion, when he wasn't even supposed to be in the picture, he was organically placed into the title picture by the fans because they wanted to see it and they couldn't be denied anymore.  His entire reign has not only been him trying to prove how credible of a champion he is but to prove that he's a fighting champion, and that was taken away literally in seconds, making the last 8 months mean nothing.  Seth Rollins and Roman Reigns kicked out of a single F-5 numerous times, Seth Rollins someone who is about the same size as Kofi, has beaten Brock, twice, clean, by himself.  How is that how end Kofi's reign, how is that how you treat a fighting champion who actually gives a shit about the company he works for unlike Brock Lesnar.  So after that match ended after 10 seconds, Brock Lesnar is champion once again, Rey Mysterio's music hits and he comes out with Cain Velasquez, the main dethroned Brock Lesnar as UFC Heavyweight Champion in 2010.  Now that isn't the problem, the problem is that why couldn't Brock and Kofi have an actual match, and why couldn't Rey and Cain come out during the match instead of after the match helping Kofi retain.  It would have told a better story, it wouldn't have made Kofi look like a piece of garbage, and now Brock will defend the WWE Championship against Cain Velasquez at Crown Jewel, a show with absolutely no meaning at all.  I really hope that that Lesnar doesn't hold the championship until mania because if he does, this entire re-branding of Smackdown, as a credible show means nothing with no champion on every pay-per-view to defend it.

So that's it for me, as you can see I am very, very unhappy about this turn of events and hope that it gets better from here, but hey at least Shane is gone from TV so that's a start I guess.