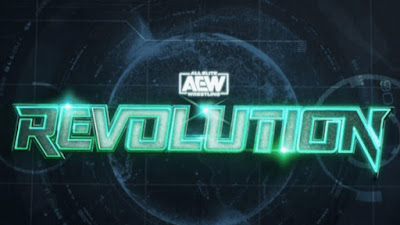 So here we are, the first AEW pay-per-view of the year, and of the decade.  It's a hell of a card, with some pretty good story telling going into this one and I'm super excited about it, so let's not waste anytime let's get right into the matches.

So this Dark Order deal is very, Ministry of Darkness-esque, down to this "exalted one" thing.  Very clearly it's the higher power deal.  Now one thing that would make this work for me is a twist, that twist would be Christopher Daniels being revealed as the exalted one.  This would really help the story telling aspect of this and make the Dark Order interesting.  It seems to me that Dark Order would win here furthering losing for SCU and the Dark Order wanting to help them, hopefully leading to the reveal that all of this was a scheme by Daniels to build the Dark Order and the story of them turning on their friends who ya know run the company. 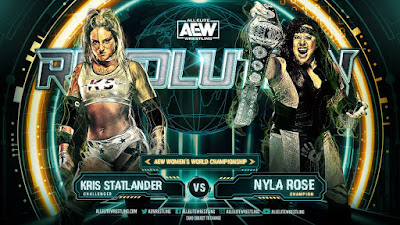 There is literally no build to this match, Nyla won the belt, and then Statlander showed up and stared her down after a match, and that's it.  Do I think it will be a good match? It could be, Statlander has huge potential, but I don't know if she's gonna win here.  I think it might have been a litte early for her to get another title shot but, if they can keep her from looking weak from losing, that would be the best way to go.  I've said it before, I'm not a huge fan of Nyla, I wasn't excited when she won, she's portrayed as the powerhouse and that's it.  I expect she'll have the belt for a little while and that something is gonna happen to make sure both ladies look strong resulting in this feud continuing. 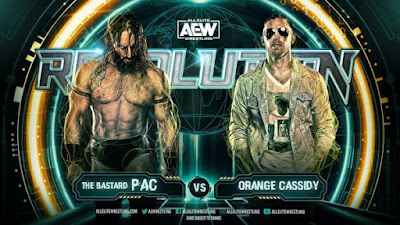 I've been waiting for Orange Cassidy to have a match on this national stage for a long time, I absolutely love that PAC is his first opponent.  PAC can make anyone look good even when they lose which Orange Cassidy will most definitely lose.  Orange Cassidy is a special talent, in that his style, his personality is so different it's a once in a life time deal.  What can be said about PAC, that hasn't already been said, if you didn't watch his iron man match with Kenny Omega, what are you waiting for, because that says all you need to know about how good he is.  I'm very curious how PAC will work with the style of Orange Cassidy, I seriously can't wait.  PAC will win, unless there's somewhere they are going with building a losing streak for PAC, I'm still picking PAC. 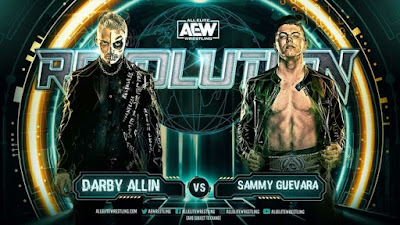 This match, is gonna be a good one, I've loved the story here, of Guevara using Darby's skateboard on his throat, and Darby has told the story on his own with his videos, and using signs to do the talking, to get in Guevara's head like he's been doing during commercial breaks.  Little things like that make Darby so interesting, and both of these guys have very bright futures.  I'm picking Darby, this is very much a comeuppance moment for Guevara, and it's gonna be a hell of a match. 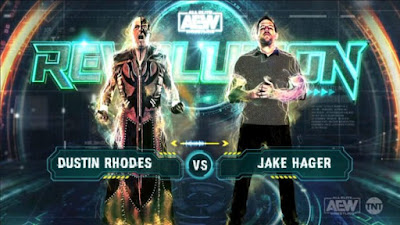 This is another great build, Hager injured Dustin in a backstage attack, and Dustin has been dying to get his hands on Hager for it, and Hager hasn't gotten into the ring at all since coming to AEW, and Dustin basically coaxed him into it.  I'm sure it will be a great match considering we actually haven't seen these two work together too much, they only had one match together ever.  So I'm intrigued where this one will go but I think it's obvious who will win and that's Hager. 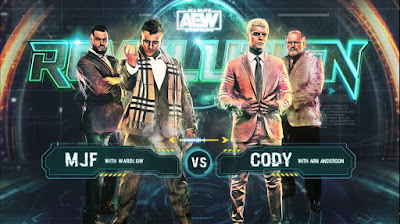 The build to this match, has been amazing.  I love the aspect of them not touching at all to get to this match, I loved the whole MJF wanted Cody to do all these things to get the match officially.  It's personal, it's betrayal, it's emotion, and nobody has been better at emotion in AEW then Cody.  He pulls you in, he makes what's happening on screen important, and MJF is just a POS heel you want to see get taken down.  Unfortunately I don't think that's what's going to happen here.  MJF is a star in the making, and he's hated, like really hated, so him winning would drive that home to the point that the fans will be itching for Cody to finally beat him down the line. 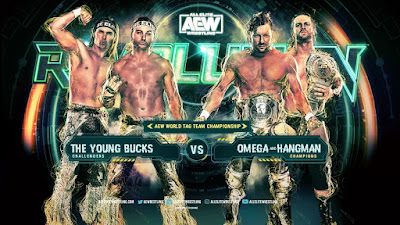 The one thing I've been saying this entire time, is the storytelling of this show has been off the charts, and it continues again here.  Hangman for all intensive purposes was chosen by management, and when he didn't win the championship and he wasn't getting the reaction management had hoped he went into a downward spiral and went so far to say he didn't want to be associated with The Elite anymore.  The Young Bucks basically shrugged it off.  Hangman started going down deeper and deeper, and as a result started drinking a lot as part of the story.  This all resulted in Hangman coining the phrase "Cowboy Shit" and now he might be more over then he's ever been in his career.  During all of this the Young Bucks and in turn Kenny Omega have been trying to help their friend.  Kenny Omega has kind of just been along for the ride while he dealt with PAC, as well as becoming tag team champs with Page.  After all this The Young Bucks in turn come off as the heels, and I love it.  They don't even realize that they are wrong here, and for a while I was waiting for Hangman to turn on them, but I think it might be time for The Young Bucks to turn on him, and for Omega to be in the middle.  The promo this past week where the Bucks said Hangman would be nothing without them, was so heel and it was amazing, and you can see the growing frustration of them not being champions yet.  I can't wait to see where this goes and for that reason I'm picking Hangman and Omega to win. 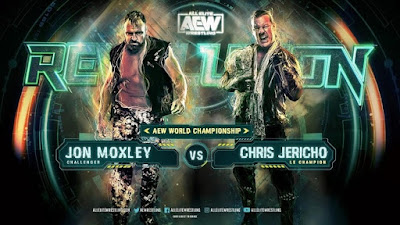 If you haven't loved the build to this match, what is wrong with you?  Jericho has been better then he's ever been.  Moxley is rejuvenated in AEW and has been killing it.  When they started this with Jericho wanting Moxley to join the Inner Circle and they built that for three weeks and we all fooled, and some will say they saw it coming but the believability was there.  Then when Jericho stabbed Moxley in the eye, and Moxley turned that into a layer of the story that most couldn't was master class.  Then he turned it around on the Inner Circle and did the same thing to Santana, it became personal for everyone involved.  After all this, I'm still unsure it's time for Jericho to lose the belt.  Is Moxley the perfect foil for Jericho absolutely, these two always work well together, despite what they are given (see Ambrose Asylum match haha).  They are friends who love working together, and this should be a stellar main event and I have to pick Jericho, cause it just doesn't seem like the time for him to lose the belt just yet.

So that's gonna do it for me, this is shaping up to be the best show AEW has ever put on with great storytelling, and great matches, and I hope everyone enjoys it and remember to love wrestling no matter what and stop attacking people who think different.  Thank you, and look out for more articles like this as well as other projects I hope to work on in the future.