WWE: The WCW of the New Generation 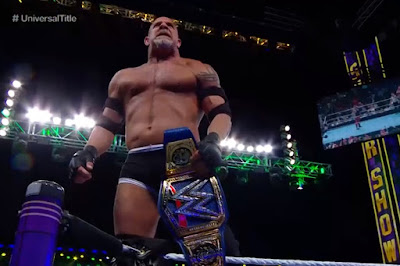 Remember, when WCW lost all of their young talent because they kept latching on to guys like Hulk Hogan, Randy Savage, and Ric Flair in 1999?  Way passed the time that those three should be regulars on a weekly wrestling show, while they had guys like Chris Jericho, Chris Benoit, Eddie Guerrero, Rey Mysterio, etc. just begging for more, begging for TV time, begging for opportunities.  While this was happening WWE was flourishing because of guys like The Rock, Steve Austin, and Triple H, were carrying WWE beyond anything WCW could imagine.  This was one of the things that killed WCW.

WCW died nineteen years ago, but it seems to have been reincarnated in the thing that killed it, WWE.  The difference, no real competition to hurt it.  WWE has been spending the better part of eight years, using guys like Brock Lesnar, Undertaker, Triple H, and Goldberg as part time talent that are taking spots from people who work hard every single night and literally get nothing.  The perfect example, Brock Lesnar and Goldberg, 42 and 53 years of age respectively, are both World Champions, that is unacceptable.  Goldberg stopped wrestling for 12 years, came back in November of 2016, in that time, has had 7 matches total from then to today and two world title reigns, that is appalling.  Brock Lesnar has been back with WWE since 2012 after leaving in 2004 and has been working a part time schedule, having a total of 60 matches and 5 world championship reigns.  To put all of that into perspective, Seth Rollins who is on the road 300 plus days a year, since the day he had his debut match on the WWE main roster, 8 months after Brock Lesnar returned, has wrestled a total of 946 matches (yes I looked it up, no I didn't count every individual one.)

Now I get people are gonna say, "Seth wasn't where Brock was back then, he had to work his way up".  However, this is the problem, there's talent on the road, trying to work their way up, and get spots (sound familiar), but how can they even get opportunities when guys like Brock and Goldberg can do nothing get paid millions and then go home for a few months and come back in a few months.  I don't care that "there's money in those names"  WWE prided themselves on being better then WCW and building talent in the late 90s and early 2000s only to do exactly what killed the competition.  All of this is going to sound like complaining, moaning and groaning, but look at the main roster right now, and remember none of what I'm saying affects NXT but could you imagine if Tommaso Ciampa wasn't so adamant about staying in NXT what he'd be doing on RAW or Smackdown, not even half of what he's doing now, he'd be lucky to get on TV.

WWE needs to realize that what makes money doesn't always make fans happy, you are number one, your at the top of the business that you built.  Focus on talent that's here like you did in the early 2000s.  Build new talent that can carry the mid card.  Stop putting championships on people that aren't here, stop putting championships on people who don't care about the health of the business.  People like Matt Hardy, The Revival, Jon Moxley are or were creatively stifled and it get's to a point where it isn't about being in WWE anymore, it's about "What am I doing that feels important for the business I love."  That won't change with part timers taking spots, and championship opportunities away from people that should be carrying the company way before part timers.

It's gonna sound like I'm angry or complaining, and that's because I am, so you don't have to accuse me of it I did it for you.  I'll say it again, I don't say this shit because I want to stop watching wrestling.  I love wrestling and want to see it flourish, 50 plus old guys who we don't want to see anymore (and that includes Undertaker who is my favorite ever) aren't what we want to see, especially not as champions.  One last thing, your probably wondering why I haven't mentioned John Cena as one of the guys that need to go away, that's because John Cena at least when he comes back, it means something, he doesn't come back to steal the shine from others for money.  John Cena comes back to help those talents I mentioned before that need that big win.  He also doesn't do it often because he doesn't have to.

So that's gonna do it for me, I hope that in the coming year, I guess after Wrestlemania we start to see young talent finally getting the shine they deserve, the focus they deserve, and the pushes they deserve, or WWE will just have to live with those same talents leaving for somewhere that cares about the show they are putting on and not about the money it's making.