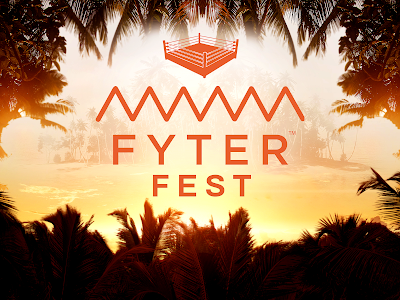 Okay, full disclosure, I've been very busy, I have a lot going on to not go into to detail, so I haven't been able to write much so this preview is very, very late.  Today I'm discussing the second event ever of All Elite Wrestling, which is free to watch, Fyter Fest.  So let's get into the matches.


Hardcore Match
Michael Nakazawa vs. Alex Jebaily
Okay so this match has been set up on BTE (Being the Elite) for months now, and I get it.  The story is Matt Jackson has a gripe with Kenny Omega signing Nakazawa, and instead of telling him, Matt has let it haunt him for months, to the point where the idea for this match came to pass.  Jebaily, not a fully trained wrestler, is the creator of the annual CEO (Community Effort Orlando) Fighting Game event, has a history with Nakazawa from past CEO events.  This won't be much of a match, it's the comic relief match.  If you've seen Nakazawa work, his gimmick is he uses too much baby oil every match to slip away from opponents.  Nakazawa will win thwarting this plan of Matt Jackson's to get rid of Nakazawa, so that will probably continue on BTE.
Triple Threat Tag Team Match
Best Friends vs. SoCal Uncensored(Scorpio Sky and Frankie Kazarian) vs. Private Party