AEW Fight For the Fallen Predictons 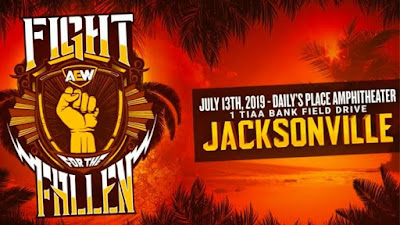 So another big weekend of wrestling ahead, today I'm talking about AEW Fight for the Fallen.  Another free to watch show, and this is a charity show to help the families and victims of gun violence.  So I'm gonna run down the card and it should be a another good one.