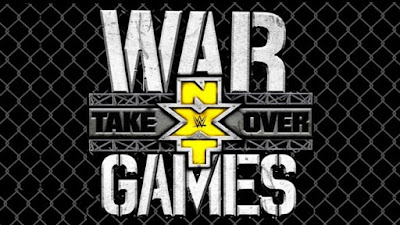 Hey everyone, MikeJC here to talk about the latest NXT Takeover.  I'm very excited about this show, and ever since NXT has been running War Games shows I always tend to enjoy them as a whole.  This show has become the Undisputed Era show and I love it.  So let's run down the matches of NXT Takeover: War Games 2019. 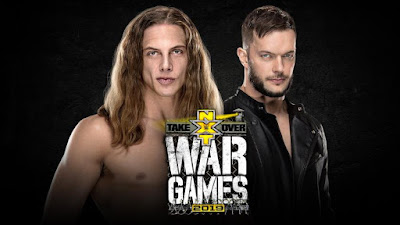 Since Finn Balor returned to NXT, and made it known that he's home and he's returning to being "The Real Finn Balor".  I can't wait to see what this Finn Balor is about in the ring.  When he finally turned, and he beat the crap out of Johnny Gargano we were sure that was the match we were gonna see here, but due to injury Johnny Gargano can't compete.  So they chose another route with Matt Riddle, this is another match I was excited to see because to this day Matt Riddle has worked well with everyone, he's so good, I think Riddle has the total package as far as a star in this business.  This is gonna be a hell of a match, that Balor has to win to establish this new direction he's going in until and hopefully Gargano will be back soon so that feud can continue, but again, I can't wait to see this one. 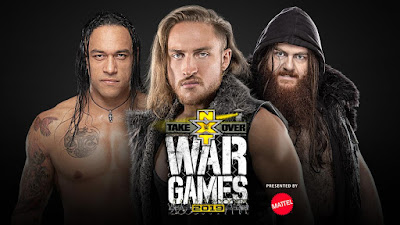 This feud has been interesting, Dunne and Priest started feuding when Priest sneak attacked Dunne after a match and they had a series of matches that were all great.  One of those matches was interrupted by Killian Dain who attacked both men, now it's time for a collision between all three and this time for a shot at NXT Championship at Survivor Series.  This is going to be the biggest chance any of these three have ever had in their careers.  All three guys deserve the shot, and I'd be happy with any of them getting the win here, but I think it has to be Pete Dunne.  Dunne is the most ready out of these three for this shot and he will have a banger of a match with Adam Cole, and I can't wait to see it. 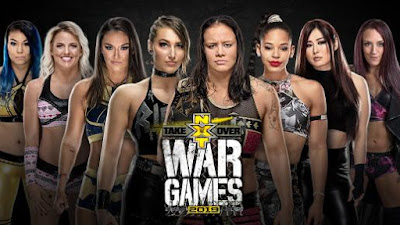 The first ever women's War Games match, and this is gonna be crazy, everyone in this match is so good, It's really team Rhea versus team Shayna, I'm sure this will lead to Rhea getting a title shot, and honestly I hope she's the one to beat her.  Regardless of that, this is going be one hell of a match.  Io and Candice are still feuding and that's been great, Tegan Knox needs a big match to really show what she can do to this bigger audience, Mia Yim can flourish in this match, as can Bianca, and Kay Lee Ray is gonna be the wild card of this entire match, nobody expected the UK Champion to appear in this story so it should be very interesting how all these personalities co-exist in this match.  One thing I can definitely see happening, is Dakota Kai, screwing Team Rhea because she got left out of this opportunity, heel Dakota could be interesting.  It's very hard to call this match because, surely Shayna's friends are gonna get involved (Jessamyn Duke and Marina Shafir), Shayna has a much bigger match the night after at Survivor Series and it could hurt her momentum going into that one.  It's very tough, but I think if Rhea's team wins, then someone like Bianca will take the pin, but it's more likely Shayna's team gets the win. 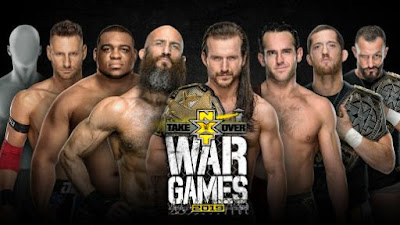 I mentioned earlier that this show has become the Undisputed Era show, because they have been featured in both of the War Games matches to this point, and they have killed it every time, this show and this match has become there's in WWE.  It's sure to be a great match because everyone in it is so good, and the wild card of not knowing who the final member of team Ciampa, is very intriguing to me because I don't think it's going to be someone we expect, I think they are holding this one close to the vest because its gonna shock us.  I don't even want to fathom a guess, and for this reason I am picking team Ciampa.  I think even though The Undisputed Era all have their own matches at Survivor Series it doesn't hurt them to lose this match because of where they are in NXT, they are the top guys in NXT , Adam Cole is bigger then hes ever been in his entire career, and losing this match won't hurt him, and this has been building for while to Ciampa finally getting his shot at the NXT Championship he never lost.  Also lets not forget that this is gonna be great for Keith Lee and Dominick Dijakovic who will certainly be stand outs in this one for sure.

So that's all the matches who knows if they are going to add another one or not but either way this should be a very good show.  I hope everyone has been enjoying my stuff recently and the new layout of the site, and I'll be back Saturday to talk about Survivor Series.