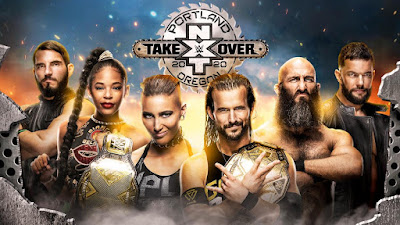 On very rare occasion NXT gets to showcase what they do without having to precede a WWE pay-per-view the night after, this is one of those times.  NXT Takeover: Portland is this weekend and it is a stacked card.  So I'm gonna run down the card and give my opinions on all of them so let's get right into it. 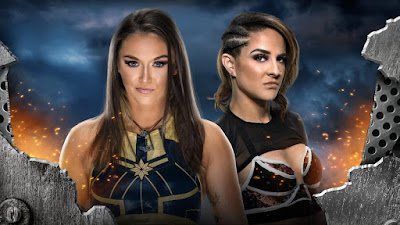 When Dakota first turned heel, it bothered me because of the lack of women's tag teams in all of WWE, but as time has gone on I'm very intrigued by this feud and this match.  Dakota is a better heel then I gave her credit for, and is playing the role perfectly.  This is a great way to get Tegan over as the Johnny Gargano of the women's division which I love because she is that good.  It's gonna be a hell of a match because as we all know, friends have the best chemistry in the ring, so I'm hoping for a great one and for Dakota to win and the feud to continue, probably to mania weekend which is where Tegan will get the win back. 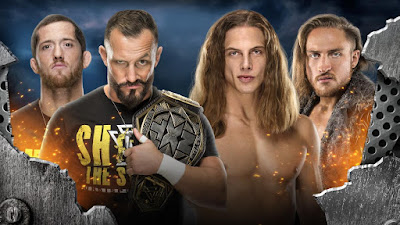 So once again, a non tag team won the tag team classic, and once again it annoyed me, mainly because, I don't expect this team to last very long.  I like Riddle and Dunne, just not as a team, however, I get there is a lot of talent in NXT right now and these guys needed something to do, I also understand which I've stated in the past that tag teams are scarce in NXT right now.  So I expect The BroserWeights to win, and it will probably lead to them having some miscommunication down the line and them having a singles match with each other at takeover mania weekend.  This will be a hell of a tag team match though.  Undisputed Era has good matches with everyone, even The Forgotten Sons (who I don't hate by the way, however I get how most people do). 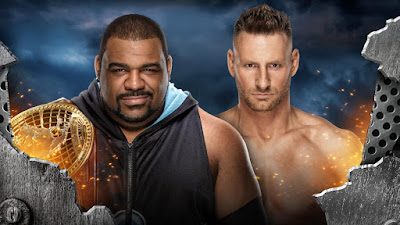 This is always a good match.  These guys have great chemistry in the ring, and now the added wrinkle of a title being on the line should make it more important.  I'm sure they will have a great match again, their styles are so similar it's ridiculous how good they are.  I really hope we see something different out of them we've never seen before because we know they can do it.  Keith Lee will most definitely win, his momentum is off the charts right now and I'm very curious where he's gonna go from here.  Dijakovic is great it's just not his time right now, he will have it soon though I'm sure. 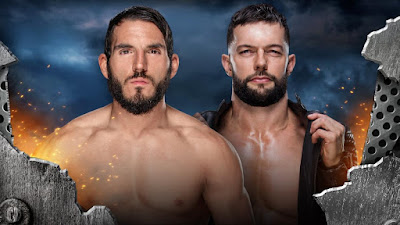 This is the match I am most looking forward to.  This is going to be one hell of a match, with potential to be the match of the year (yes I realize it's only February, that's how comfortable I am with saying it).  Johnny Gargano is hands down the best bell to bell performer in NXT, everything he does is so smooth, he's basically the Daniel Bryan of NXT, which everyone probably knows by now.  A for Finn Balor, this is the best version of Finn Balor ever.  I am so happy he was brought back to NXT because that's where he was as his best and it shows.  This match is going to be amazing, I can't wait to watch it, and it's very hard to say who will win because I don't know if it's gonna be a one off or not.  If Balor wins, the feud continues, if Gargano wins it's over. 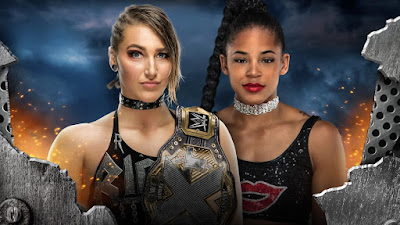 When this match was announced there was multiple things about it that bothered me, the two big ones being, one, it should have been Io Shirai getting the shot, because Io versus Rhea is a match we all deserve, and two, I'm tired of Bianca getting all these opportunities only to result in nothing.  The latter is going to happen again.  For some reason WWE jumped the gun on Rhea starting a feud with Charlotte, so why would anyone believe that Bianca was gonna win here.  Nobody wants a triple threat, so Rhea has to win here right?  So for that reason Rhea wins, after mania I can see Bianca moving to the brand that her husband is on, if they have a shakeup after mania I hope that is Smackdown.  Rhea is over more then any woman in NXT right now she needs to win here, she needs to have a SINGLES MATCH with Charlotte at mania, that's it, simple as that. 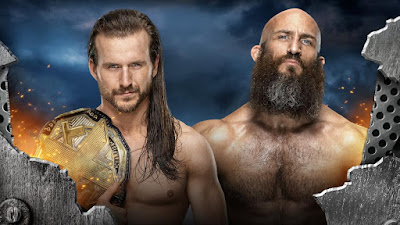 Adam Cole has arguably been the best NXT Champion ever.  The person that can dispute that, is his opponent Tommaso Ciampa.  These two have been on a collision course for a while and it's finally happening.  To be honest I'm having a very hard time choosing a winner.  Tommaso has a claim to the title because he never lost it, and Cole is at the top of his game that he just can't lose it right now.  I've loved how things have been intertwined between other things going on in NXT with the Undisputed Era, who I can honestly say are the best group since the Shield.  Tommaso might be the best talker in all of WWE.  It's gonna be a good one for sure, and I've wasted enough time not picking a winner so I think I'm gonna pick Cole.  I think there's something big planned for mania weekend and Cole has been too good to lose it now.

That's gonna do it for me, enjoy the show everyone it's gonna be a hell of a good one, with some amazing wrestling.  Also remember to just love wrestling and not to put people down because they don't agree with your opinion that's definitely not needed in this community.  Also don't attack someone for making a mistake because that's what it is a mistake.
Adam Cole Bianca Belair Dominick Dijakovic Finn Balor Johnny Gargano Keith Lee NXT Rhea Ripley sports entertainment Tommaso Ciampa wrestling WWE